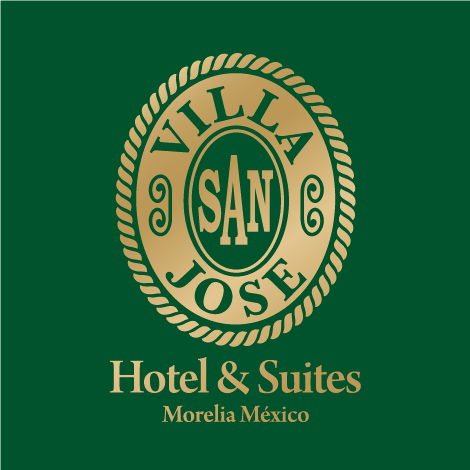 The Cathedral of Morelia is a religious seat of the Archdiocese of Morelia of the Catholic Church in Mexico.

It is located as its own name says in the city of Morelia, capital of the state of Michoacán, Mexico. The cathedral is located in the first square of the city, shaping the design of the Historic Center of Morelia. The building was built in the 18th century at the time of the viceroyalty, it is in the Baroque style and it is made of pink quarry that gives it a peculiar and characteristic color. An important family group led by Sebastián de Guedea collaborated in its construction over a long period; They were Andrés, Pedro, Diego, Miguel, Anastacio, Lorenzo and Joseph, all with the last name Guedea.

The Palacio de Gobierno de Michoacán, which is the seat of the executive power of the Mexican state of Michoacán de Ocampo, is located on Madero Poniente Avenue, between Morelos and Juárez streets, opposite the Morelia cathedral, in the heart of the city.

It was built between 1760 and 1770. The building has a baroque style and has two levels and three patios, whose front facade is one of the most beautiful in the city. Also inside you can find murals by the Michoacan painter Alfredo Zalce, who was helped by Juan Torres Calderon, in whom he portrayed scenes from the history of Michoacán, as well as various passages from the Mexican Revolution. Originally, the building was used as a Tridentine Seminary, with important figures parading through its classrooms such as Mariano Michelena, Agustín de Iturbide and José María Morelos y Pavón. From the year 1867 it became the seat of the executive power of the State.

The Clavijero Cultural Center is a public cultural venue located in the city of Morelia, Michoacán, Mexico, which reports to the Michoacán Secretary of Culture.

The cultural center was founded in 2008 after remodeling the historic building where it has its headquarters, which was a monastery and school for the religious of the Society of Jesus (Jesuits) during the time of the viceroyalty. The site is named in honor of the Jesuit Francisco Javier Clavijero, who for a time taught at the site. Currently the Clavijero Cultural Center focuses on the presentation of important temporary art exhibitions, some belonging to collections of recognized national institutions, both public and private. In 2010 the creation of the GAMA Gallery was announced in one of the rooms of the enclosure which will be dedicated to the exhibition and sale of plastic art by current artists from Michoacán.

The Conservatorio de Las Rosas is a school specialized in the arts, mainly in music. It was founded in 1743. It is, in turn, the first conservatory in America.

It is located in the historic center of the city of Morelia, capital of the state of Michoacán, although in the same city there is another educational establishment, founded in 2000. This historic school has an internationally known choir, the Morelia Children's Choir, founded by Michoacán composer Miguel Bernal Jiménez. It also has a well-known festival not only in Mexico, but also in other countries: the Festival Arte Joven, in which primary, secondary, preparatory and undergraduate students who study music and who, of course, have great talent with their respective instruments. It also collaborates with many of the most prestigious and well-known festivals in Morelia around the world (such as the Morelia Music Festival: Miguel Bernal Jiménez), in addition to hosting the Morelia Chamber Orchestra.

It is also known as “Plaza de San Francisco” due to the presence of the Franciscan temple and the adjoining building of the Old College of San Buenaventura, built between the years of 1536 and 1610, in its surroundings. It is located in the Historic Center on the street of the same name, corner with Bartolomé de Las Casas.

We recommend you to be aware of the video mapping programming that takes place in this square on some dates.

It is located between the streets of Luis Moya and Madero, very close to the Fuente de las Tarascas.

This alley is very small and narrow, in total it has 19 buildings with a lot of history. It was created in the 19th century, but at that time it was called the Alley of the Stock Exchange and later it was renamed the Alley of Socialism.

It was any street, but at the entrance to the alley a soap factory opened, this brought running water and was the first in Morelia to have it. In the year of 1965, the street was completely remodeled, it was put on the facades pink quarry, planter boxes, street lights and fountains and began to be a good place for lovers who looks at any time of day, but at night it has a special charm. In addition, this romantic place appears in the verses of the "Romance of my City", a work written by Don Lucas Ortiz.

So if you have the occasion, do not leave the opportunity to visit this place, if possible, in good company.

The Morelia aqueduct is one of the most beautiful and important aqueducts in Mexico, throughout its history it underwent several renovations, its current form and work became between the years 1728 and 1730.

This is perhaps the most important civil construction in the city.

The Calzada de Fray Antonio de San Miguel is located in front of the Tarascas. It is known as the Calzada de San Diego or Calzada Guadalupe. At the end is the Sanctuary of Our Lady of Guadalupe or Temple of San Diego. It is along this road that on December 12 thousands of pilgrims parade walking, on their knees, carrying crosses thanking the Empress of America for some miracle.

At the end of the 18th century, the road underwent a remodeling in which benches were placed on its sides and a quarry, and it remains so to date; It is surrounded by large ash and laurel trees that offer a perfect shade on hot days to walk, sit down to rest, read or simply contemplate it. While you walk through it, you will find beautiful buildings that keep stories that make them unique. Almost at the beginning there is an old house that has given rise to countless legends and which currently houses the UNAM Cultural Center, where art and culture workshops are held.

When planning your trip, include an afternoon to go and enjoy this wonderful space.

Sanctuary of our lady of Guadalupe

Its construction began in 1708, but it concluded in 1716. In the last stage of its construction, this temple was given to a group of Franciscans who belonged to the Order of San Diego, so it is thought that this is the reason why It is known as the Temple of San Diego.

Its architectural style merges the European with the Mexican current. On the outside, its baroque architecture stands out, but the interior was decorated by the outstanding craftsman Joaquín Orta in the year 1915. The technique used is that of clay with plaster, with which beautiful flowers in pink, gold and red tones are made. Both the vault, the ceiling, the walls, and the columns are decorated in a fine and detailed way, making it an impressive experience to admire this decoration. This ornamentation is in contrast to the main altar, which features a neoclassical section with Corinthian columns; These strengthen the image of the Virgin of Guadalupe, located in the center.

On December 11 and 12, a large party is held in honor of the Virgin of Guadalupe.

The Plaza Jardín Morelos is the largest public square in the Historic Center of Morelia, it is made up of a rectangular esplanade with quarry paving and some side planters.

On the south side of the Plaza is the Morelos equestrian monument, a magnificent work by the Italian Giuseppe Inghilleri. The sculpture was inaugurated on May 2, 1913, since then it was given the name of Plaza Morelos, in honor of the distinguished insurgent, Don José María Morelos y Pavón.

Include a visit to this place at the end of your walk along the San Diego Causeway.